However it is you found my website, I am glad you are here. Please visit awhile and familiarize yourself with the available links. The nature images can be found under “Nature Galleries”. Here you will find the “Complete Gallery” which shows all the images and then there is the “Inspirationals Gallery” which have images where I have aligned God’s Word with God’s World. You will see other subsection galleries like “Western”, “Winter”, “Autumn” and others along with the Pittsburgh Gallery that further breakout a specific type of image. There is a lot of information but you can be your own tour guide and focus on what is most important to you.

I have removed the shopping cart but there is a simple online form you can fill out after clicking on a picture which will immediately notify me of your interest in a picture. I will then call you to answer any questions and finalize the transaction. Of course, you can skip this process and just contact me directly. I look forward to hearing from you!! 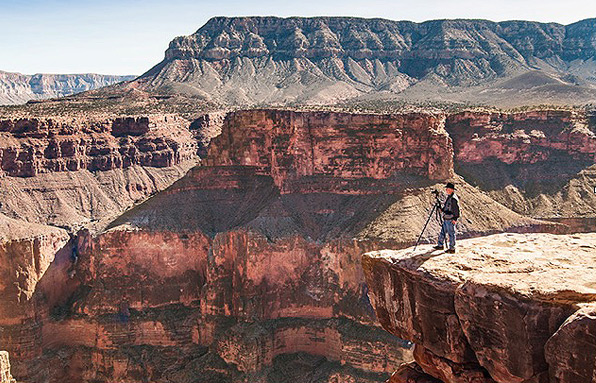 (Above: Howard at the North Rim of the Grand Canyon)

From childhood fishing days with his father to hiking the Canadian Rockies as an adult, Howard was a lover of nature long before he ever held a camera.

A native of Pittsburgh, much of his life has been spent outdoors either engaged in recreation or work. At a very young age, he helped his older brother Roger with his newspaper route that eventually became his own. For 11 years, Howard’s first responsibility after arriving home from school, was delivering the Pittsburgh Press. Like most boys, when time permitted, he would head outdoors to hike the woods near his home, fish, bike or participate in competitive sports. Whatever the activity, it usually involved being outdoors. 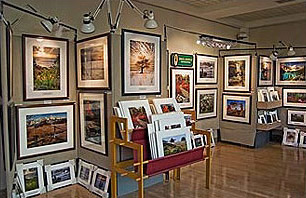 After completing college and during his early professional life in the health care industry, Howard became an avid runner. He would spend 1-2 hours/day running in the local cemeteries, parks, roadways and everywhere in between. This activity further cultivated his appreciation for nature; and, its therapeutic value he soon learned was immeasurable.

In 1988, after the passing of their parents, Howard and Roger took a 1 month trip west which became for them, a life altering experience. It was a time of great joy and bonding. If nothing else ever became of the trip, they knew the closeness that ensued and the relationship that was forged would be a blessing they would celebrate to the end of their days. Sadly, that day arrived with Roger’s passing on May 26, 2010 at the young age of 59. However, the celebration continues for Howard in the memories forever cherished and the joy of knowing where Roger now resides.

But, the trip accomplished more. This experience intensified Howard’s appreciation for the outdoors and awakened in him a passion for photography he was just starting to understand. No longer sufficient were the fleeting moments of an annual vacation or daily run. His professional aspirations began to change and with that the tools of his trade. Cameras, lenses, tripods and photography publications began to replace that which he had known. His passion shifted from corporate affairs to environmental affairs – from a career ladder to a ladderless career; and from striving to be first, to being one with God in nature.

(Above: Metallic prints on metal displayed. A striking alternative to traditional presentations.)

Today, Howard views photography as a medium to vividly portray the beauty of our country’s vanishing landscapes and engender in others a deeper respect and commitment to their preservation. More importantly, he hopes to inspire others to contemplate more deeply the God who made it all possible. A self-taught photographer, Howard began selling his award-winning images of nature in 1989. Regarding his work he writes:

“Obviously, profit is a necessary outcome in my business and it is vital that I function within those constraints. However, I measure my accomplishments as a photographer by more than the financial bottom line. A greater reward comes from knowing that my experience and love of nature has drawn me closer to the loving God who created it. If through my artwork I can aid others in accomplishing the same, then in some small way, maybe I will have made a difference. 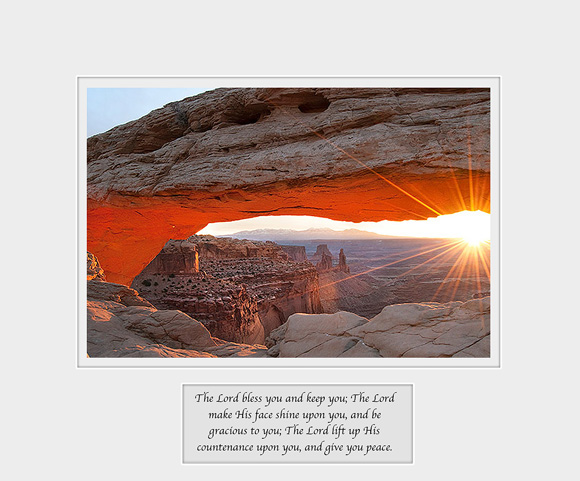 With the passing of his mother in 1986 and his father in 1987, their loss forced Howard to consider his own mortality, his spirituality and how to fill the void that was left in his life. For his mother, the church was the doorway to spirituality and held the answers to many of the needs we all share. For his father, nature was the pathway to a relationship with the Almighty. For Howard, it was both. While he found the formality of church services to be a necessity in his life, a small pocket Bible and nature became a source of greater inspiration. This Bible would accompany him on many of his runs; and, sitting in the park or cemetery afterward to read it, was a much needed and spiritually fulfilling experience…Read More

Click Here for a Daily Encouragement Message from DailyEncouragement.net (An Online Ministry)