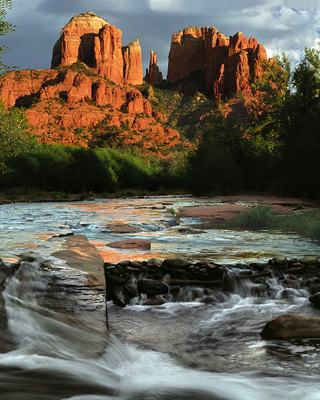 All photographic images were shot exclusively by Howard on location throughout North America. His earlier images were accomplished utilizing conventional 35mm or medium format film cameras. The film was processed using traditional methods into either small prints or contact sheets for evaluation. Enlargements of those most pleasing were created by hand in a darkroom onto Kodak or Fuji professional photographic paper and run through a Hope processor to achieve the final result.

Current imaging is through the use of digital capture with enlargements crafted by way of the “digital darkroom.” Original film negatives were first scanned at the highest resolution with a Nikon scanner. (With digital capture, this step is avoided as the image files are downloaded directly from the camera into the software program.) Both baseline files are then digitally “developed” utilizing Photoshop software and the resultant file output onto Fuji Crystal Archive Paper using RA4 chemistry. However, during this workflow, it should be stressed that only those techniques characteristic of the traditional darkroom are utilized such as cropping, dodging, burning, color or contrast adjustments. In other words, Howard does not participate in the creation of any photograph (digital or otherwise) which adds elements to an image that were not part of the original shot. To him, the most alluring aspect of photography is the ability to capture a moment that is a credible interpretation of the scene as it took place. He derives no pleasure in manipulating an image to the point where it no longer represents what was there. That, he will leave to the purview of others.

After each photograph is printed, it is dry mounted in a vacuum press onto a rigid PH-neutral foamboard. The photograph will be smooth, flat and will not ripple, bulge or warp. All photographs are double matted in white. Each mat is cut leaving a beveled edge from acid-free museum grade rag board supplied by Bainbridge, an industry leader. This higher grade matboard helps preserve image quality by not exposing the artwork to the acid present in substandard matboards which can eventually burn the image. Howard then hand signs each photograph.

He completes the archival framing using superior materials from exceptional companies such as Nielsen and Larson Juhl. This framing includes the use of conservation glass, a premium glass designed to protect the image from the excessive UV exposure it would likely experience under fluorescent lighting or in direct sunlight. Such exposure can have the effect of fading or washing out the artwork. These raw materials are of a higher quality and cost than what others may choose to use, but they will help preserve the artwork for many years to come. To a discerning buyer, it is a prudent decision.

Howard’s award-winning images of nature have been sold to galleries, greeting card companies, corporations, hospital systems, retail establishments and while on display at nationally acclaimed festivals throughout the country. They have garnered awards in numerous states where they have been exhibited including the Carnegie Museum of Art in Pittsburgh, PA. They represent purely the God-given beauty that endures across this great land. What you are viewing is what the photographer observed and it is ours to embrace and enjoy for a lifetime. 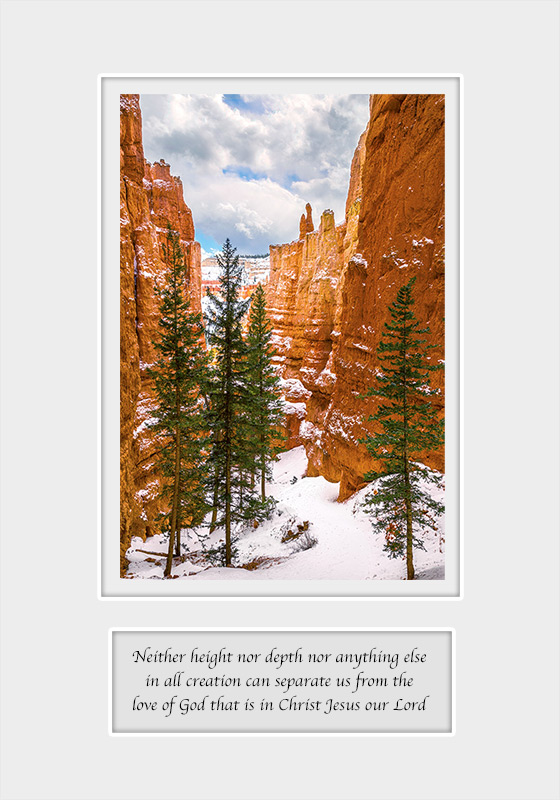